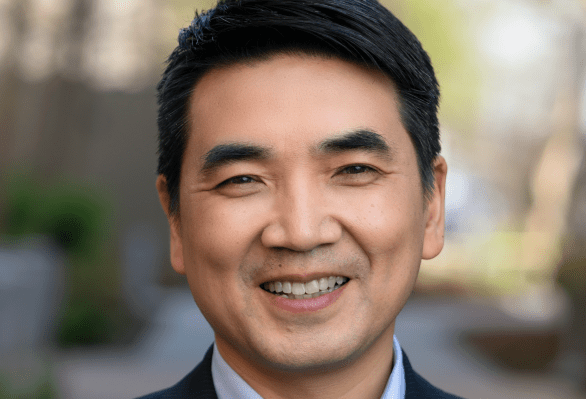 The coronavirus pandemic has bruised and battered many technology startups, but it has also boosted a small few. One such company is Zoom, which has shouldered the task of keeping us connected to one another in the midst of remote work and social distancing.

So, of course, we’re absolutely thrilled to have the chance to chat with Zoom founder and CEO Eric Yuan at Disrupt 2020 online.

Yuan moved to Silicon Valley in 1997 after being rejected for a work visa nine times. He got a job at WebEx and, upon the company’s acquisition by Cisco, became VP of Engineering at the company. He pitched an idea for a mobile-friendly video conferencing system that was rejected by his higher-ups.

And thus, Zoom was born.

Zoom launched in 2011 and quickly became one of the biggest teleconferencing platforms in the world, competing with the likes of Google and Cisco. The company has investors like Emergence, Horizon Ventures, and Sequoia, and ultimately filed to go public in 2019.

With some of the most reliable video conferencing software on the market, a tiered pricing structure that’s friendly to average users and massive enterprises alike, and a lively ecosystem of apps and bots on the Zoom App Marketplace, Zoom was well poised to be a public company. In fact, Zoom popped 81 percent in its first day of trading on the Nasdaq, garnering a valuation of $16 billion at the time.

But few could have prepared the company for the explosive growth it would see in 2020.

But that growth led to increased scrutiny of the business and the product. The company was beset by security issues and had to pause product innovation to focus its energy on resolving those issues.

We’ll talk to Yuan about the growing pains the company went through, his plans for Zoom’s future, the acceleration in changing user behavior, and more.

It’ll be a conversation you won’t want to miss.

Disrupt 2020 runs from September 14 to September 18, and the show will be completely virtual. That means it’s easier than ever to attend and engage with the show. There are just a few Digital Pro Passes left at the $245 price – once they are gone, prices will increase. Discounts are available for current students and non-profit/government employees. Or if you are a founder you can exhibit and be able to generate leads even before the event kicks off at your virtual booth for $445. Get your tickets today.