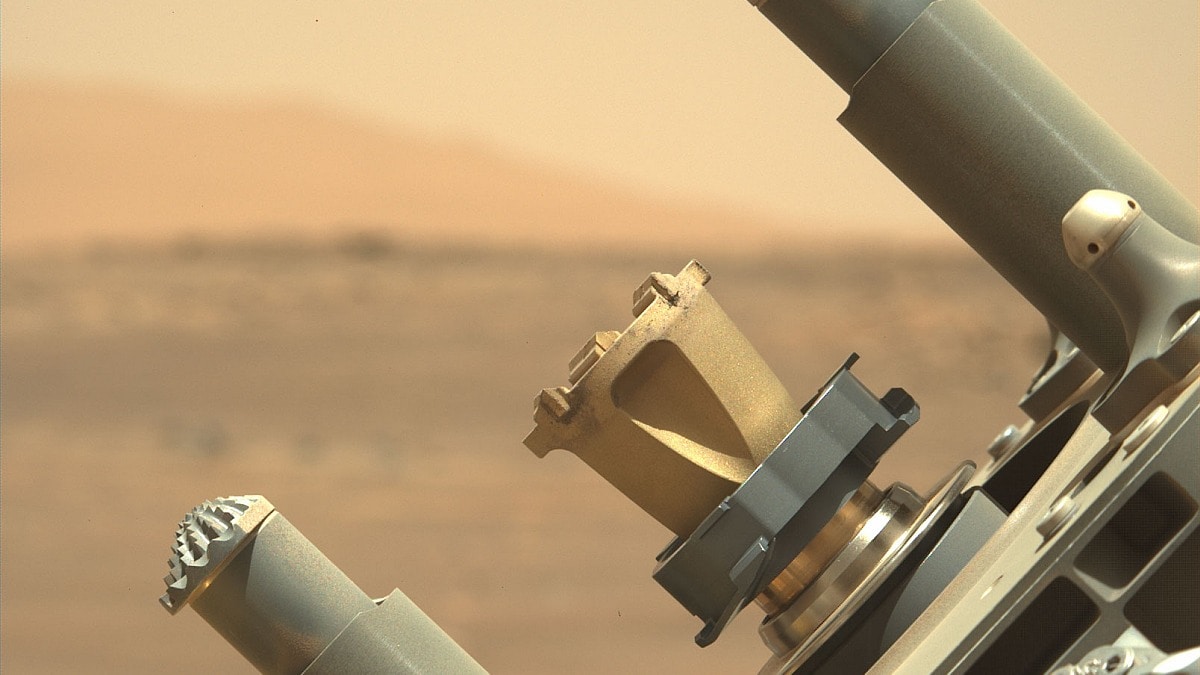 NASA’s Perseverance rover has the task of a “robot geologist” on the Red Planet’s surface. While it tracks the region for geological discoveries, its final task is to let researchers on Earth get samples of the geological specimens. For this, the rover studies the rocks around it to understand the processes that may have formed the area as it is today. However, the exterior of a rock can be misleading because the planet’s surface causes dramatic changes to its appearance. The rover’s abrasion tool helps the rover drill through the outer layer to reach the interior original features of a rock.

As per a report by NASA, researchers cherish to look at these unaltered features through the rover’s camera before deciding whether to collect a core sample or not. More often than not, these unaltered interiors of rock give vital information about the planet’s history.

However, Perseverance’s tools to abrade rocks differ from its predecessors. NASA’s previous rovers Spirit and Opportunity had a Rock Abrasion Tool (RAT). This was a high-speed grinder with brushes. The brushes removed the rock dust and the weathered outer layer of the rock.

When we look at Perseverance’s abrasion patches on rocks, they may look similar to the ones made by Spirit and Observance. However, Perseverance goes about its business in a different way. According to NASA’s website, the sampling team was faced with the challenge to use the same drill to collect cores and regolith (external deposits), and to create abrasions on rock surfaces.

So they gave Perseverance a rotary percussive drill and a suite of interchangeable drill bits. The drill bits have an “unusual tooth pattern” using three lines of various lengths that are placed asymmetrically. The drill’s spinning and hammering movements cause a well-distributed crisscrossing on the rock and chip away the surface to reveal a patch of rock about 2 inches in diameter.

Then, Perseverance removes the cuttings and scratches by using the Gaseous Dust Removal Tool (GDRT). With four short puffs of nitrogen gas, the rover blows away the cuttings. Thereafter, the rover studies the rock and gives information that can help the team decide whether or not to collect a core sample of the rock. In order to collect the samples, Perseverance is equipped with over 40 titanium tubes.