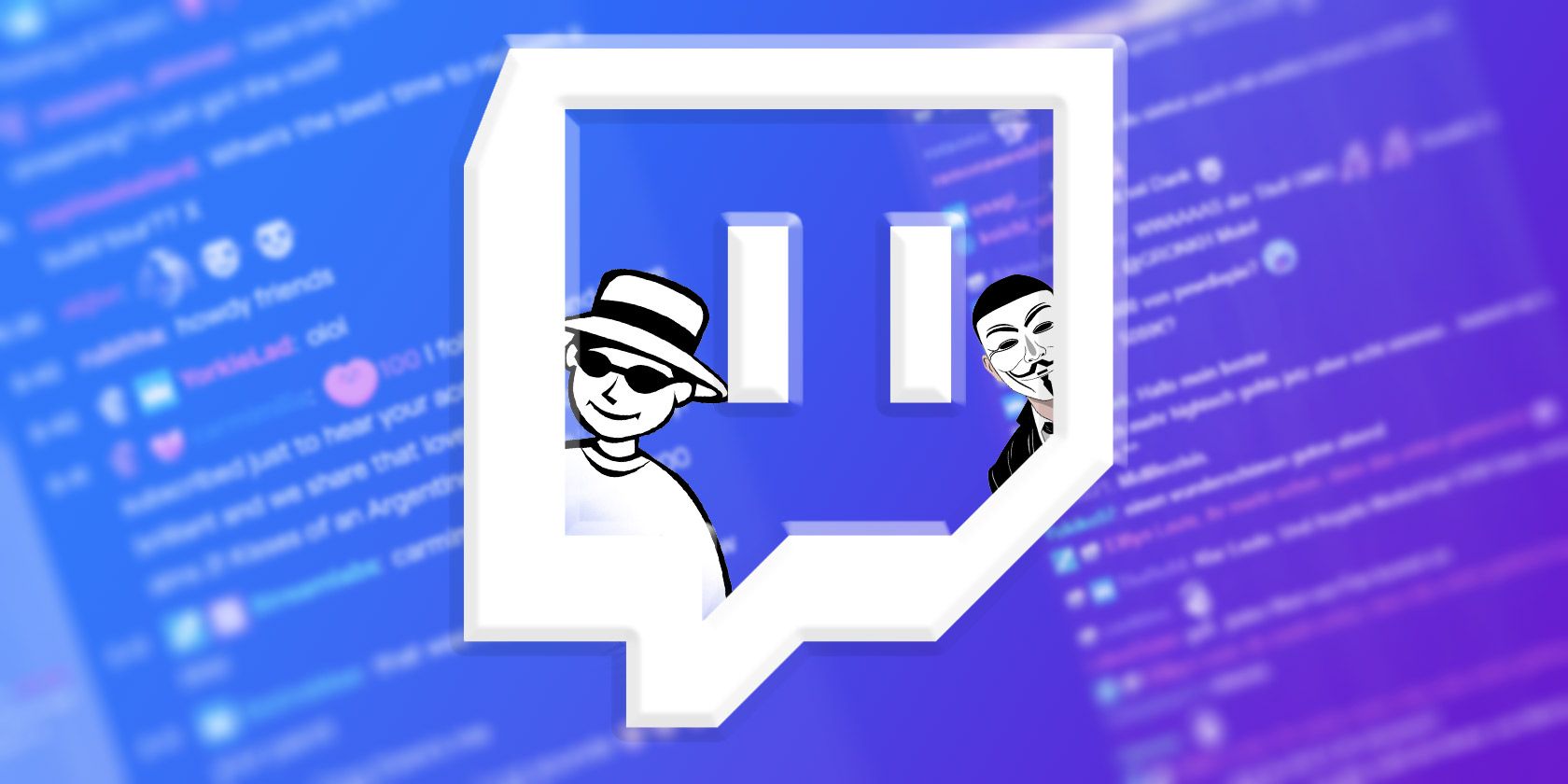 Within every large Twitch stream is a group of people who don’t chat or interact with the streamer whatsoever. These people are called “lurkers,” and while they may sound sinister, they’re actually a positive force for streamers, and utilizing them is the key to building a viewer base.

So, what are lurkers on Twitch, and how do they help streamers?

What Are Lurkers on Twitch?

Lurkers are people who watch Twitch streams without interacting with the chat or the streamer. The term “lurker” on the internet means someone who observes people interacting on social media without partaking, usually to figure out if the place is right for them.

Related: Social Media Slang Terms You Need to KnowYou’ve likely seen lurkers in action already. Sometimes the number of people active in a Twitch chatroom doesn’t match up with the number of viewers. For example, there may be 20 people watching the stream, but only one or two people chatting. Some of those “missing” 18 people will likely be lurkers.

Lurkers lurk for a variety of reasons. Some people are anxious about chatting in an online chatroom, and some people just don’t want to talk at all. Some will have the stream in the background and listening to it while they get something done.

Are Lurkers Good for Streamers?

At first, lurkers sound parasitic for streamers. They’re happy to watch all the streamer’s content, but they don’t want to talk, interact, or add anything to the community. However, lurkers are in fact a highly valuable part of your community, and making them feel welcome in your stream is a great way to help promote it.

Here are some ways that lurkers can help your stream:

Lurkers may not be actively talking in the chat, but that doesn’t mean they don’t count as a viewer. Every lurker you have watching your stream boosts your viewer count, which in turn raises you in the ranks in your streaming category.

You may have noticed that the requirements ask for “viewers,” not “chatters.” As such, people who watch your stream without chatting are actively helping you reach the next checkpoint in your Twitch career.

2. Lurkers Create Twitch Clips for You

Twitch clips are a great way to capture a small highlight of your stream, whether it’s something funny, amazing, or downright silly. However, did you know that you can use these clips to advertise your stream?

Sometimes, clips that your viewers have taken will appear in people’s recommended clip feed while they’re watching other clips. This means your community’s clips can give you extra exposure without you lifting a finger.

You can also actively use clips on social media. TikTok and Twitter are both perfect choices for posting short videos, and your Twitch clips will fit right in on either platform.

Of course, the power of clipping wholly depends on people actually clipping your content. The more people in your stream, the higher the chances that your finest moments are captured for all to see. And while lurkers may not interact with you or your stream, they can still clip and share content from it.

Lurkers may not talk in your chat, but that doesn’t mean they’re not willing to share your stream with their friends. Someone who you’ve never seen talk in your chat may be singing your praises on social media, drawing more people to your content.

Lurkers can also help you out with passive recommendations. For example, a lurker may follow you on Twitter to see more of your content. From there, they can then begin retweeting and liking your posts (including those clips you’re now posting!) which then exposes you to everyone on that person’s timeline.

4. Lurkers Can Still Financially Support You

Finally, there’s nothing stopping a lurker from subscribing or donating to you. Even if they’re too shy to come out into the spotlight, Twitch now has anonymity tools to keep people’s generous actions a secret from everyone.

For example, subscribers can disable monthly subscription messages, but they’ll still pay monthly and get all the perks that come with subscribing. Likewise, Twitch’s anonymous gifting system means shy people can gift subs and bits without worrying about being put on the spot.

Related: The Top Ways You Can Make It Big on Twitch

How to Make Lurkers Feel Welcome on Your Stream

Hopefully, you now realize that lurkers aren’t parasitic and will help you and your community grow. If you want to make lurkers feel welcome in your stream, there are some things you can do to give them a warm reception.

1. Do Not Call Out Lurkers

The community has some unwritten rules about how lurkers are handled. On Twitch, someone entering the stream is a lurker until they interact with the streamer. In this case, “interact” includes chatting, following, or subscribing to the channel.

The rules also state that streamers should not call out a lurker if they see one. The streamer must wait until the lurker interacts with the stream before they can talk to the viewer.

This unwritten rule is a pitfall for newer streamers who keep an eye on who’s coming or going via the viewer list. When they see someone enter, they may call out the new viewer’s name and welcome them in. However, doing so before the viewer has properly interacted with the streamer means the streamer has “called out the lurk.”

While some lurkers don’t want to interact whatsoever, some of them want to give a brief “hello” to make their presence known. Other streamers have accommodated this need with a lurk command.

These commands are usually coded into chatbots, and basically tells everyone that the person is still here… just lurking. Regular chatters also use the lurk command as a way to say they’re going to stop chatting for a bit.

Typically this command is activated with the command “!lurk”. Not every stream has a lurk command, which is why you see some people type !lurk into a chat and be greeted with nothing.

If you don’t use chatbots, you can also make a channel point redeem that declares the redeemer is lurking, too.

3. Don’t Worry About the Lurkers

It can be unsettling to have 20+ people watching your stream, but nobody is talking in the chat. However, no matter how quiet the chat gets, you shouldn’t make people feel bad for not talking.

Just occasionally throw out some points of conversation and keep talking as if someone was listening to you. After all, some of the lurkers may have you as background noise, so your words won’t land on deaf ears.

Don’t Shirk the Lurk on Twitch

At first, lurkers on Twitch sound like people who want to take more than they give. However, lurkers can really help out a stream, whether they’re boosting a view count, subscribing, or recommending the streamer to all their friends.

Voicemod Launches “Bits” for Twitch: What They Are and How They Work

Is your Twitch stream feeling stale? Gamify, monetize, and improve livestream engagement with Voicemod Bits, then.

A Computer Science BSc graduate with a deep passion for all things security. After working for an indie game studio, he found his passion for writing and decided to use his skill set to write about all things tech.