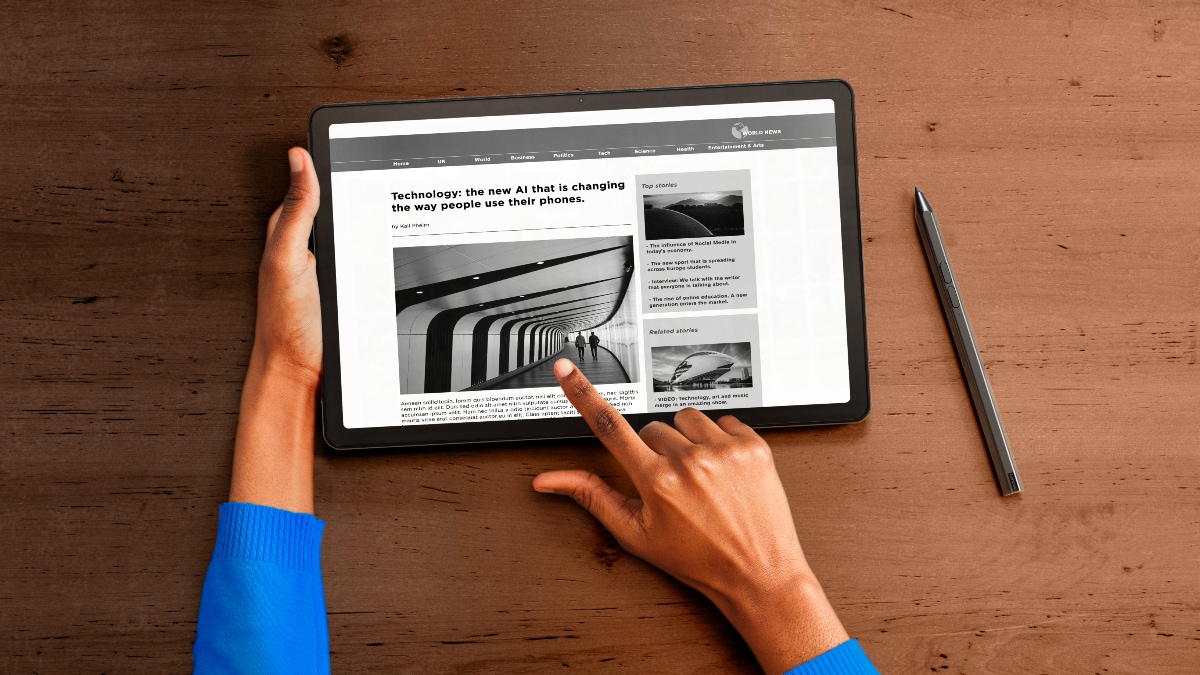 According to the report, tablet shipments are likely to register a healthy 10-12 percent growth in 2022. The 4G tablets recorded 74 percent year-on-year growth during the reported quarter.

“Driven by the pandemic and the continuous rise and ebb of the COVID-19 cases, many of the sectors are persisting with hybrid or remote work. This is continuing to fuel the adoption of tablets for work, e-learning and content consumption use cases.

“The education and healthcare sector have contributed to the uptick in the overall tablet market in India,” Cybermedia Research (CMR) analyst-industry intelligence group Menka Kumari said.

Shipment of tablets with 8 inches display constituted 26 percent of the overall shipments in the Indian market while tablets with 10-inch and above displays contributed to 61 per cent of the shipments.

Apple and Samsung registered a 22 per cent market share each, followed by Realme and Lava in the March 2022 quarter.

Kumari said the tablet market in India is going to gain strength with the increasing availability of 5G-capable tablets, as well as with new market entrants, such as Xiaomi with its Pad 5.

“With other potential Tablet market entrants, such as Oppo, Vivo and OnePlus, in the offing, the consumers have more choices than before in the Android Tablet market. On the enterprise side, the commercial and government sector will continue to gain strength owing to the traction in digital economy and e-governance,” she added.

Massive Earth-Facing Sunspot Rapidly Increases in Size, May Result in Auroras
OnePlus 10RT Spotted on BIS Certification, India Launch Imminent, Specifications Tipped: Report
Big technology stocks like Tesla, Amazon and Microsoft just finished their worst quarter in years
Best Tablets to Buy in India: We List the Best Tablets for All Your Needs
Bitcoin Family say they lost $1 million on their investment this year, but sold a lot at peak