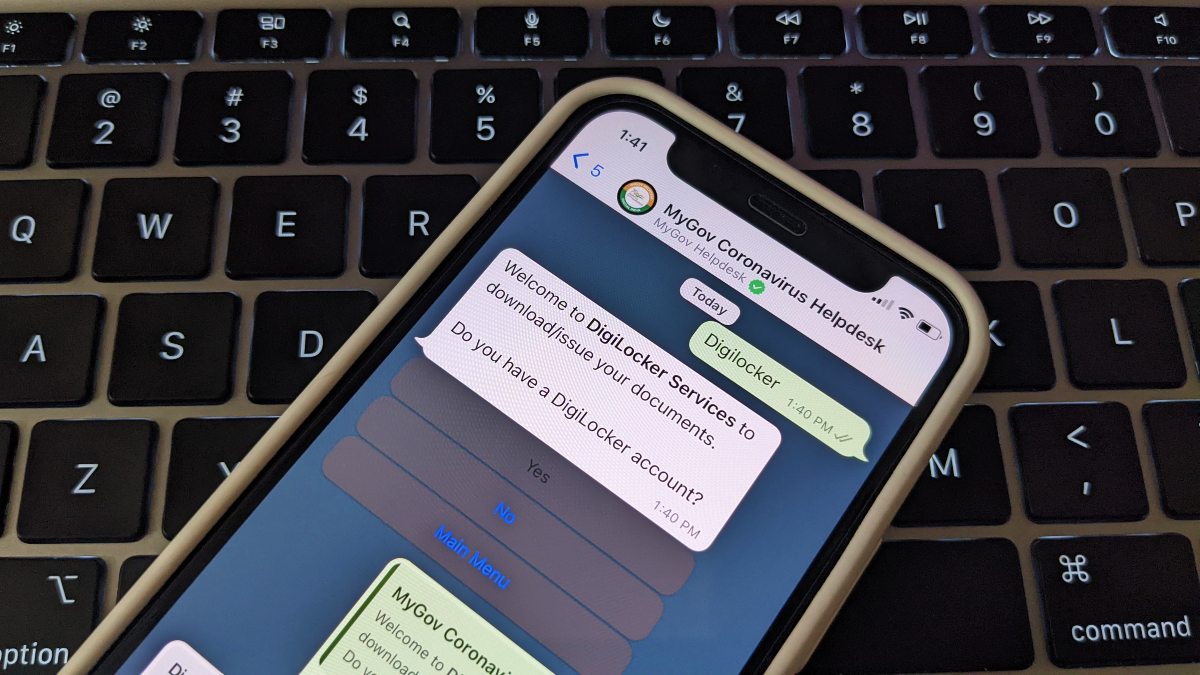 WhatsApp users in India can now access DigiLocker using the government’s MyGov Helpdesk chatbot. This will enable users to create and authenticate their DigiLocker account as well as download documents such as PAN card, driving licence, and insurance policy documents, among others, by directly using the instant messaging app. DigiLocker is claimed to have over 100 million registered users who have issued over five billion documents to date. The new development will allow users to get their official documents on their mobile devices, without requiring them to download the dedicated DigiLocker app or accessing its website.

Citizen engagement platform MyGov on Monday announced the update of the MyGov Helpdesk on WhatsApp to bring access to the DigiLocker service.

Similar to the DigiLocker app and website, users accessing the service through WhatsApp will be required to provide their Aadhaar number for authentication. Once the Aadhaar number is given, the chatbot will validate it with a one-time password (OTP) to let you download documents from the messaging app.

“Offering DigiLocker services on the MyGov Helpdesk is a natural progression and a step towards providing citizens with simplified access to essential services via WhatsApp’s easy and accessible platform,” said Abhishek Singh, MyGov CEO, President and CEO NeGD, MD and CEO Digital India Corporation (DIC) of the government, in a prepared statement.

Launched in March 2020, MyGov Helpdesk, which is named MyGov Coronavirus Helpdesk, on WhatsApp, crossed 1.7 crore users in 10 days of its debut. It was initially introduced to create awareness and help people during the COVID-19 outbreak in the country. However, the government gradually made it for providing e-governance services. The chatbot was developed by Jio Platforms subsidiary Haptik.

The MyGov Helpdesk is claimed to be accessed by over 80 million people. It has been used to download over 33 million vaccine certificates and for booking millions of vaccination appointments, the government platform said.

“Equipping the MyGov Helpdesk with DigiLocker services that can be accessed directly via WhatsApp, we want to unlock technology’s potential to extend the benefits of essential services to citizens at scale, and this is a significant step towards scaling up the Digital India vision and a digitally empowered country,” said Shivnath Thukral, Director – Public Policy, WhatsApp.