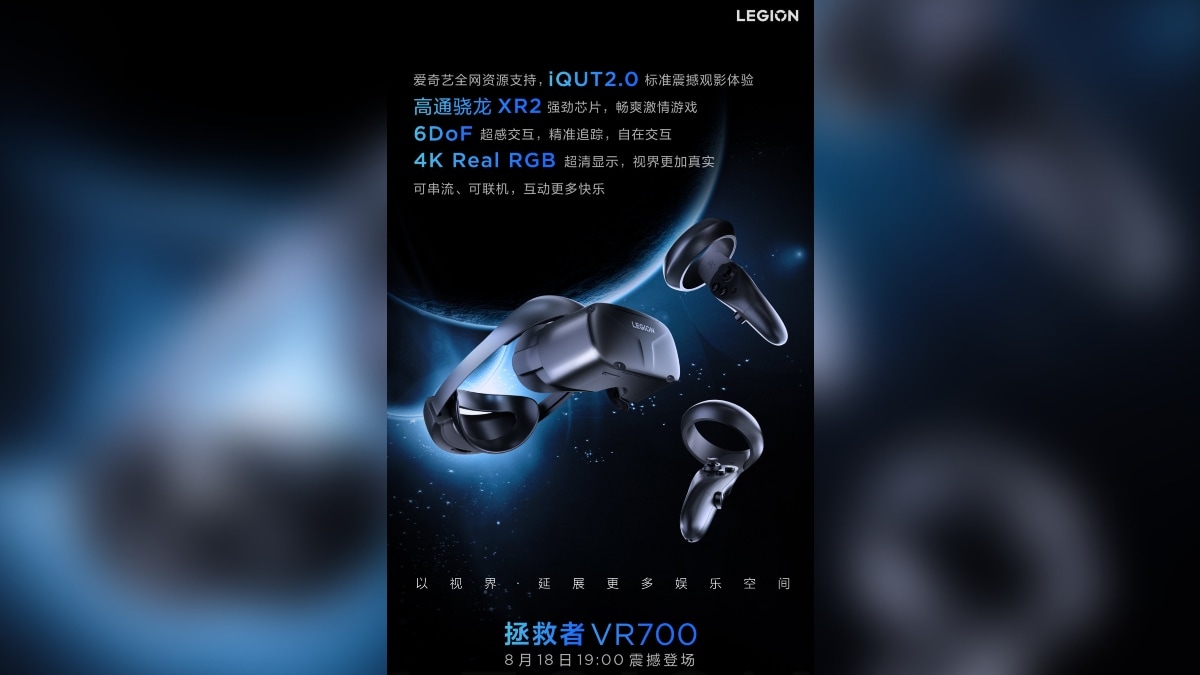 Lenovo Legion VR700 VR headset’s key specifications have been teased by the company. It will come with a Qualcomm XR2 processor, 4K RealRGB display, and a 6DoF interaction system, among others. As per the poster shared by Lenovo on Weibo, the headset seems to come with multiple cameras, presumably for inside-out tracking, a strap, and two controllers. It could be a possibility that this is a standalone VR headset just like the Mirage Solo headset, which Lenovo launched back in 2018.

Other features of the Lenovo Legion VR700 include a 4K RealRGB display with a high brush response, and support for 6DoF interactive system that allows for dual 6DoF spatial positioning and accuracy of head as well as hands. The headset is also teased to come with support for iQIYI’s resources and use the iQUT 2.0 standard. This essentially means that users will be able to get a better viewing experience.

Lenovo’s previous offering, Mirage Solo, was announced back in 2018 as one of the first standalone headsets with motion-tracking technology, called WorldSense, which allowed the wearer to move around, lean, dodge or duck through space. It came with a controller similar to the wireless controller in Google’s Daydream headset.

The Mirage Solo was launched with a Snapdragon 835 processor paired with 4GB of RAM and 64GB of storage. It gets a 5.5-inch QHD LCD screen and a 4000mAh battery. The headset’s display offered a 110-degree field of view for immersive VR engagement.